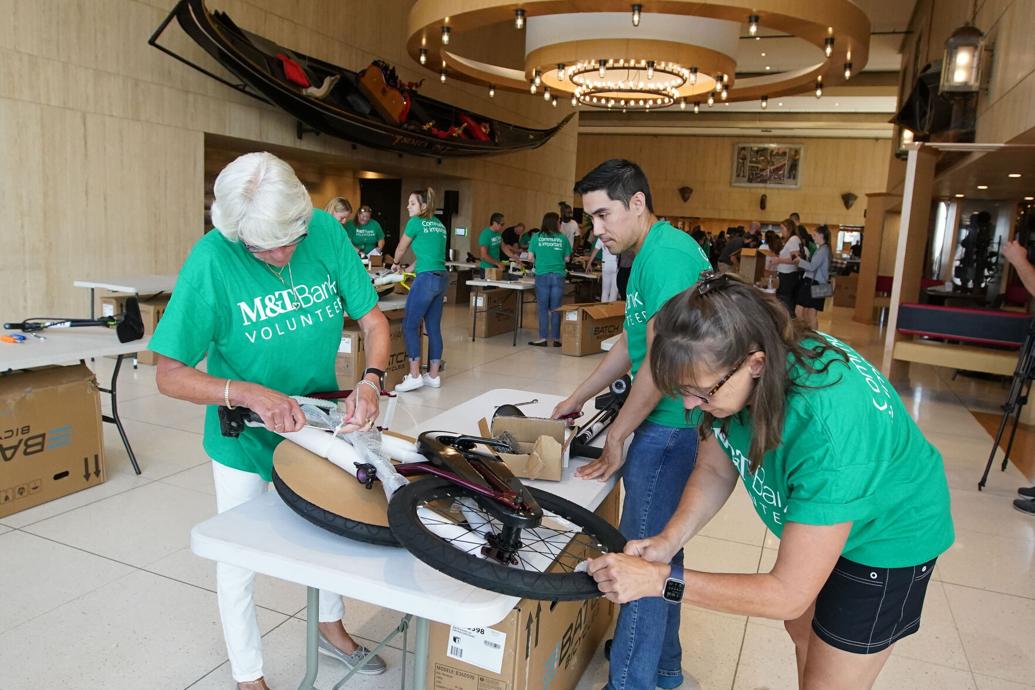 The International Institute of Buffalo proudly accepted bike donations on behalf of the non-profit community during the Robert Wilmers Bike Dedication Ceremony in Buffalo today.

After the dedication ceremony, employees of M&T Bank assembled 50 bikes, which the bank will donate to three area non-profit organizations to distribute to deserving kids in Western New York. Joining the International Institute of Buffalo in that effort will be the East Side Bike Club and the Buffalo Police Athletic League.

“Riding a bike is a rite of passage for most children, but not every kid has a bicycle of his or her own. We’re grateful to get these bicycles into the hands of local kids who will not only have a new way to get to school, but they’ll also experience the simple joy of riding a bike,” said Jennifer Rizzo-Choi, executive director at the International Institute of Buffalo.  “With every block that these kids ride, Robert Wilmers’ legacy rides along with them. Buffalo’s non-profit organizations are fortunate that our city was so heavily influenced and inspired by a tremendous philanthropist and advocate, not only through today’s bicycle donation but in the ways that local businesses champion causes and give charitably.”

Wilmers, the former chairman and CEO of M&T Bank, was an avid bike cycler before his death in 2017. His bike will be on permanent display in the lobby at Seneca One.